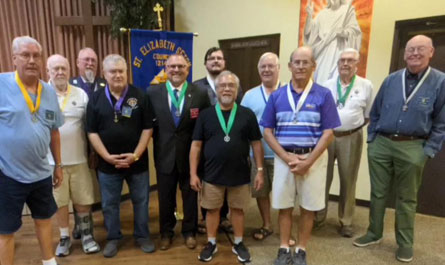 When many people think of the Knights of Columbus (KOC), the first image that may come to mind may be their ceremonial dress outfits, complete with hats and swords. They may be unaware that the Knights’ appearances in this attire are limited to special occasions at Mass or other ceremonies, and that this is just a glimpse into a wonderful, giving organization which is an integral part of any Catholic community. The KOC are an international organization which extends far beyond any individual parish to Catholic communities in other countries. As with any other well-functioning organization, leadership is crucial, and at St. Elizabeth Seton, we welcome our new Grand Knight Mike Wooldridge.

Mike is a lifelong Catholic who grew up in the Church and went to Catholic schools, (including one year in a seminary in Santa Barbara), and his earliest involvement with the Church was as an altar server. Like many of the parishioners of St. Elizabeth Seton, Mike is not originally from Arizona. He was born in Portland, Oregon, but moved to northern California, at a very young age. From there a series of career opportunities, including management positions at CompUSA, Montgomery Ward, and as a commercial truck trader, had him living in New Mexico, Colorado, and finally Arizona, where he has been a resident for about 30 years. He has been a member of St. Elizabeth Seton for about 10 years, after previously attending another parish in Surprise.

It was while Mike was managing a Home Base store in Colorado Springs, Colorado, that he got involved with the Knights, and he became very impressed with their charity work, which has always been important to him. He joined them and eventually reached the level of third degree.

Mike’s responsibilities as Grand Knight at St. Elizabeth Seton are overseeing everything the Knights do, which includes several programs for raising money for various charities, hosting different events to get others involved with the Church (such as planning a retreat for married couples during Lent), and working to preserve and honor Catholic traditions such as “keeping Christ in Christmas”. Some of the charities the Knights help are: St. Mary’s Food Bank, Coats for Kids (which provides clothing for needy children), Sisters of Life (to which they have donated $5,000), providing blankets for the homeless, and a drive to supply 80 wheelchairs (for which they raised $18,000 from our parish alone). In addition to providing funds for various facilities in our own parish, they have also contributed to help rebuild a Catholic church in Las Vegas, New Mexico, which suffered damage in a fire.

In addition to these charity events, the Knights are working to help get the younger generations involved with the Church. They host a golf tournament to send kids to camp (which costs about $700 per child), and also a Christmas party called “Christmas with Santa”. Mike believes that in order to get the younger people into the Church, they can’t just be “preached to” but must be actively engaged in things which are interesting and entertaining to them, and he feels that this has to start early at the school level; helping Catholic schools are another area the Knights are involved in.

This October 8, the Knights hosted a dinner dance to which everyone was invited. Catering was provided and there was an open bar. All proceeds went to help our parish.

Prospective Knights need to be practicing Catholics who are committed to giving back to their Church and community. They must have a willingness to help others and to get involved, to show others that they care about them.

While guiding the Knights through all of these activities, Mike attempts to keep the camaraderie and brotherhood strong among them. In addition to his involvement with the Knights, he runs a Homeowners’ Association and works as a part-time water consultant for Parker & Sons at Costco. He and his wife Roberta have been married for 56 years, and have two daughters, seven grandchildren, and seven great-grandchildren. 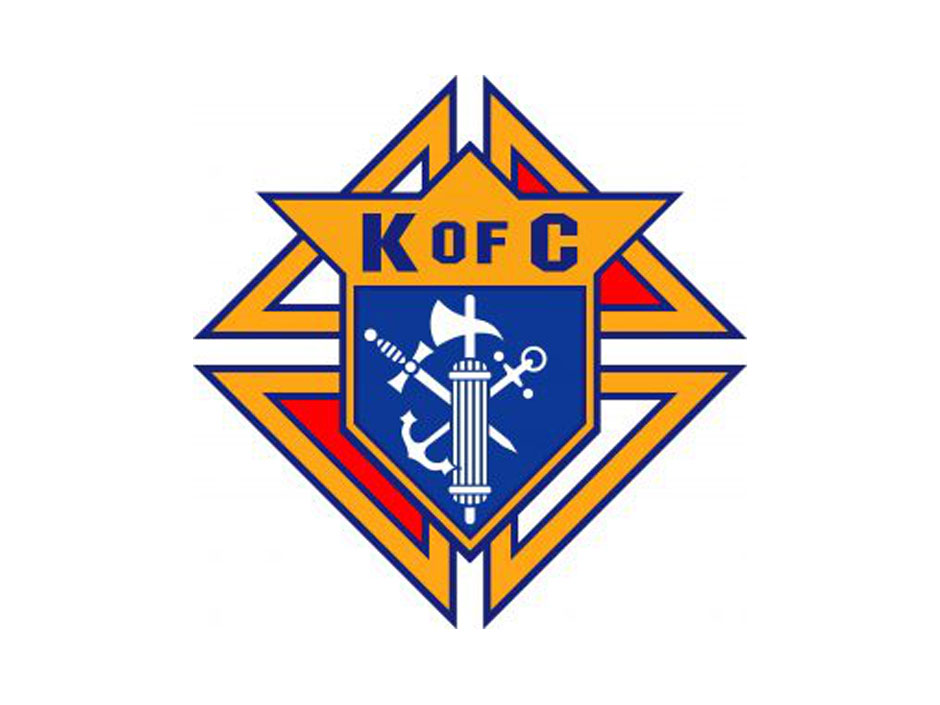 For More Information on

The Knights of Columbus

Or find them On Facebook: St. Elizabeth Seton Council 12144