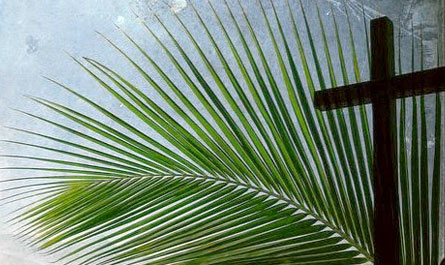 Palm Sunday. This is the day that we lay branches at the feet of our savior, as He continues his road to the cross. Today all of us receive palms and pray for peace.

On December 7, 1941, President Franklin Roosevelt called it, “a date which would live in infamy”. Over 3,000 US men and women lost their lives that day at Pearl Harbor. In churches all over the country thousands fell on their knees to pray.

June 6, 1944, was known as the bloodiest single day in US military history, when 2,500 soldiers were killed during the invasion of Normandy on D-Day. People all over the world prayed for an end to the war.

On September 11, 2001, the US was attacked at New York’s World Trade Center by Islamist terrorists. With a single death toll greater than any other loss in US history, both Islamists and Christians fell to their knees and prayed for a stoppage of any further bloodshed.

The year is 2022. And now we wonder…what date will mark the end of this conflict; the end of Putin’s war, the end of global fear?

This year more than any year in my lifetime can be called the,” Year of Infamy”. The year in which an evil wicked act has fallen on the people of Ukraine, and on all of the world because of it. This year calls on Christians more than at any time in our generation to drop to our knees any way we can and reach out to our God. As Jesus walks toward the crucifixion, he carries not only the cross, but the sins of all who mistreat, bomb, and kill innocent men, women, and children.

How can we help? We live in Phoenix, almost 5,000 miles away from the horrendous crimes of war in Ukraine, yet we must help in some way. Pray, Pray, Pray. Our writers have developed a Prayer for Ukraine peace. Add it to your daily prayers in the hope God will hear us. Support, give to groups such as the K of C, Samaritan’s Purse, and CRS. Even after this war is over, they will still need our support.

He is Risen! Let us celebrate Our Lord by changing this year of infamy, to the year of final peace. 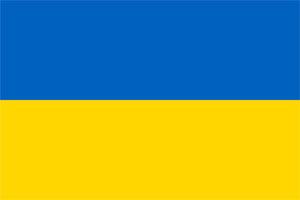 As on the day they laid palms on the road to Jerusalem to welcome You, we also welcome You with our palms and our hearts. The world as we knew it has changed. Evil has broken in. Like the tyrant Pilate, Putin has his clutches on the people of the Ukraine.

Oh, Compassionate One, hear our cries for our brothers and sisters in Ukraine. Shower them with Your compassion, love and guidance. Hold them close, give them strength; grace them with Your unconditional Love.  May they feel our support of prayer in their hearts and minds.

Dearest Savior, we offer our love, prayers, and service in asking that a resolution be found. That terror and destruction would end. We also ask our Dear Blessed Mother Mary to again crush the head of the serpent of evil, save the people of Ukraine, and bring the world the peace we seek.

We ask this in Your name.

Composed by: The Family Seton Staff