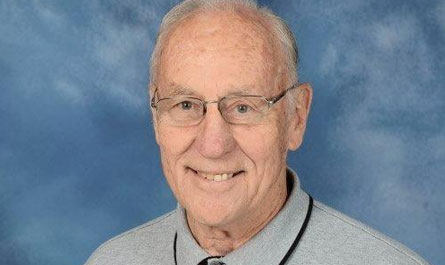 In 1972, while a member of Our Lady of Perpetual Help Parish in Scottsdale, Deacon Tom became one of the first 10 men to be ordained a deacon in the Diocese of Phoenix and “west of the Mississippi.” The men ranged in age from 36 to 54 and Deacon Tom Phelan was the youngest of the group. The ordination ceremony was celebrated on May 29th at Saints Simon and Jude Cathedral in which the men “committed themselves to a lifetime of service to the Church as ordained ministers.” Deacon Tom is excited to be celebrating 50 years of service in the Church and is eager to talk about some of his experiences. Speaking with honest directness and genuine humility, he is very modest in sharing information about his other life achievements.

Born in Chicago and raised in Michigan, in 1964 at the age of 28 Deacon Tom relocated to Arizona, where his parents had previously moved. He had been attending the Society of Divine Word Catholic Seminary and had completed three years of formation; however, he came to the decision that he wanted one day to be able to marry and have a family. Deacon Tom had already accomplished quite a lot by that point: He received a Civil Engineering degree from Michigan Tech and he served in the US Air Force from 1959-1962. Stationed in Japan during those three years, he worked as a meteorologist, a subject he spent 10 months studying at MIT. He played football throughout college and continued while in the Air Force, playing the position of tight end. Deacon Tom points to his nose and says with a glimmer of a smile, “I broke this at least twice.” He says he learned an important life lesson from those years of football, dealing with “adversity and the necessity of learning to live with it.”

Deacon Tom met Marianne, a transplant from Ohio, shortly after moving to Arizona, and they married in 1966. Their union would last 53 years until Marianne’s passing in 2020. They were blessed with four children, three sons and a daughter. In order to support his family, Deacon Tom worked as a Civil Engineer with the Highway Department for 25 years in addition to fulfilling his responsibilities as a deacon in many parishes in Arizona. These included Our Lady of Perpetual Help (OLPH) in Scottsdale, St. Anne’s in Gilbert, and Queen of Peace in Mesa. One assignment brought Deacon Tom and his family to the parish of St. Francis of Assisi in Bagdad, AZ, where there was no resident priest. He and his family lived in the rectory most of the week and a priest from Sun City came for the weekly Sunday Mass. This, Deacon Tom recalls, was a “challenging assignment when there was an emergency with one of the parishioners.” He has served in many capacities in his role as a deacon: Religious Education Coordinator for OLPH; as a member of the Diocesan Religious Education Department staff; and working with pre-Cana programs for young couples in the diocese. He recently led a series at St. Elizabeth Seton titled “Renewing Our Catholic Faith,” meant to strengthen the faith of participants. Deacon Tom believes “our faith must be front and center and attended to” and we “must not allow ourselves to become distracted.”

Any free time Deacon Tom has is spent with his four children and 14 grandchildren, all living in Arizona. The energy he brings to “serving God’s people” and his passion for “evangelization” is unmistakable after 50 years of devoted service. 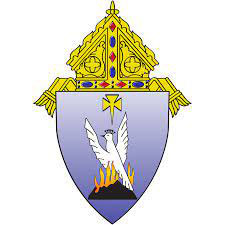 I resolve to discharge the office of deacon with humble charity in order to assist the priestly Order and to benefit the Christian people, Amen.

I further resolve to hold fast to the mystery of faith with a clear conscience, as the apostle urges, and to proclaim this faith in word and deed according to the Gospel and the Church’s tradition, Amen.

I will maintain and deepen the spirit of prayer that is proper to my way of life, and to celebrate faithfully the Liturgy of the Hours with and for the people of God, and indeed, for the whole world, Amen.

I will conform my way of life always to the example of Christ, of whose Body and Blood I am a minister at the altar, Amen.

And I will keep my promise of respect and obedience to bishop Olmsted and his successors, Amen.