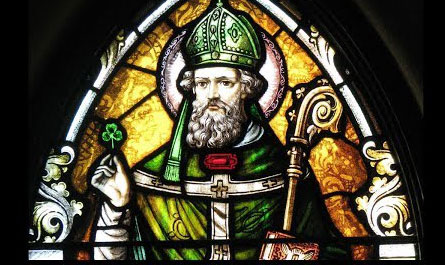 St. Patrick’s Day has become one of the most widely celebrated religious holidays of the year, with only Christmas and Easter being more eminent. Not only is this holiday observed by Christians, it has evolved into a secular holiday marked by parades and corned beef and cabbage meals, with a little something to wash it all down, mostly green beer and Irish Whiskey. Each year to mark the day, the city of Chicago pours thousands of gallons of green food coloring into the Chicago River, turning the usually murky water into a beautiful shade of Emerald. In New York City, the annual parade passes in front of one of the most iconic churches in the United States, St. Patrick’s Cathedral. It seems that everyone wants to be Irish on March 17th, just like St. Patrick. These people have a lot more in common with St. Patrick than they know, because he wasn’t Irish either!

St. Patrick was born in the late 4th Century, though his exact birthday has been lost in time. He was born to wealthy parents who were of British and Roman decent. When in his teens, Patrick was kidnapped by Irish raiders and enslaved in Ireland, where he was put to work mostly as a shepherd. After six years of captivity, Patrick was able to escape from his imprisonment, following directions he received in a dream, and found safe passage back to Britain. Before he could arrive at home, however, he endured captivity for a second time, fortunately only for a brief period, but was finally reunited with his family.

Years later, Patrick had another dream in which he was called to return to Ireland, the land of his captivity. Shortly after his ordination as Bishop (around 433 AD), St. Patrick was sent to Slane, Ireland, to spread the Gospel to all of the inhabitants of Ireland. To aid in his teaching, he often used the shamrock to illustrate how the Holy Trinity could be three parts of the same God. He was the author of only two works that we know of, Confessio (Declaration) and Letter to the soldiers of Coroticus. Some of the legends that surround St. Patrick can be traced to these writings. Perhaps the most famous legend about St. Patrick is that he stood atop a hillside and banished all snakes from Ireland, causing all of the snakes to slither into the sea and drown. However, scientific evidence disputes that claim, as there are no signs of snakes in Ireland’s fossil records, suggesting that snakes never inhabited Ireland at all (aside perhaps from some politicians throughout the years….). Another famous legend recounts how there was a band of sailors that were traveling by land in a desolated area that had no food. St. Patrick prayed for them, and a herd of swine appeared for them to eat.

St. Patrick spent nearly 30 years spreading Christianity across the Emerald Isle. Near the end of his ministry, he had a vision of an angel that said he should return to the city of Saul, the site of his first Church, where he died on March 17, 461 AD. He is considered the Patron Saint of Ireland, but was not officially canonized a Saint by the Catholic Church, as the Church did not institute a formal canonization process until after 1000 AD. While he has been venerated as a saint in Ireland since the 7th Century, the Feast of St. Patrick was not officially added to the Catholic breviary until the 1630’s.

One thought on “St. Patrick-The Man Behind the Holiday” 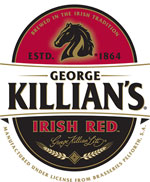 Want to take your traditional corned beef and cabbage dinner to the next level? In a large crock-pot, place your corned beef (fat side up), including any spice packets, on the bottom of the crock-pot. Slice your head of cabbage into quarters (removing the stem as you do), and place them on/around the corned beef. Add whole small red potatoes and baby carrots (as many as you need to feed you and your guests). Pour generous amounts of Kilian’s Irish Red beer over the meat and vegetables until the entire brisket is covered (usually 3-4 beers). Set the crock-pot on low and allow to cook for at least 8 hours, and even more depending on your preference for tenderness. The flavor from the beer will be absorbed into the meat and veggies, giving you an added flavor enhancement. Slainte!! 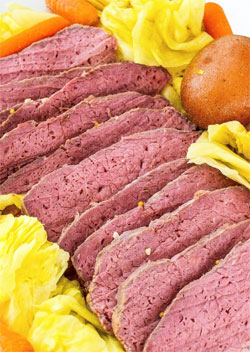 One thought on “St. Patrick-The Man Behind the Holiday”