Craig LeRoy Reaktenwalt grew up in the small community of Bartonville, Illinois, along with his older brother and younger sister. Bartonville, a suburb of Peoria, was a farming and coal mining region and was the reason his great grandparents settled in the area. Deacon Craig’s parents raised him in the Lutheran church and he was fortunate to have grandparents living nearby. It was his grandmother, a woman of great strength, who kept him “focused and on the straight and narrow” Deacon Craig says with a mischievous smile. Though he always had a “great faith,” he fell away from regular church attendance during his young adult years.

School was a venture Deacon Craig says he simply endured; he wanted to get out and go to work. In high school, he loved two subjects: band (he played saxophone) and shop and had little interest in any other subjects. Having always been drawn to mechanical work, and after graduating from high school, he went to work for Caterpillar Tractor Company performing jobs that included working as a machinist and diesel engine assembler. During his 35 years with Caterpillar, he was laid off for a period of five years so he worked as a bartender, drove a school bus, and “detasseled” corn.

While still living in Illinois, Deacon Craig met Judy and they married in 1987, a union that would last 22 years. Judy, a Catholic, regularly attended mass and Deacon Craig occasionally attended services with her, yet more often than not preferred going fishing. He remembers one time when the rosary was being recited and, having never heard it, he turned to Judy and loudly asked, “Hail who?” Deacon Craig laughs recalling the incident and says, “Now I pray the rosary daily,” and can’t imagine not doing so. His path to becoming Catholic was marked by different incidents over a number of years and was “my own idea.” While working at Caterpillar, for instance, there was a group of men who spoke about their faith and would read the bible. The most influential event was the day Judy came home with an application for a seminar called “Life and the Spirits.” Deacon decided he’d like to attend with Judy because she was interested and it would offer an opportunity for them to become closer. After the seminar, Deacon Craig wholly believed he and Judy had been “saved and baptized in the Holy Spirit.” He soon enrolled in the RCIA Program and completed the necessary requirements to join the Catholic Church. Some years later, inspired by a friend, Deacon Craig embarked upon the endeavor to become a deacon in the church. Having been a cancer survivor prior to their marriage, Judy continued to struggle with health issues and died in 2010, two years before Deacon Craig completed the training. He decided to persevere and was ordained on May 19, 2012, at St. Anne Catholic Church in the Diocese of Peoria. When asked what he loves about being Catholic, Deacon says, “Nothing a Catholic does is not biblical,” and his faith and prayer have enabled him to face the “crosses” in his life.

After moving to Arizona in 2019, Deacon Craig became what he refers to as a “roaming Catholic” because he was searching for a church that felt “warm and welcoming.” After attending mass at different churches, he happened upon St. Elizabeth Seton and decided to attend services. Once he met fellow parishioners, heard the beautiful music of the choir, and reunited with a friend Deacon Marty that he’d known in Illinois, Deacon Craig knew he was home.

One thought on “Deacon Craig Reaktenwalt, A Servant with Great Strength” 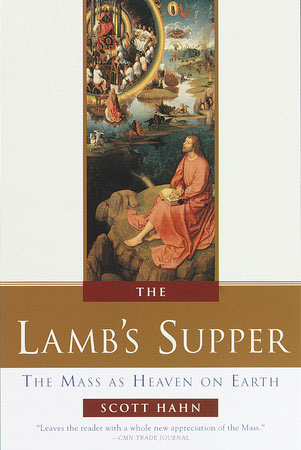 One of Deacon Craig’s favorite authors is Scott Hahn who, like Deacon Craig, is a convert to Catholicism. The book, titled “The Lamb’s Supper: The Mass as Heaven on Earth,” describes the mysteries of the Catholic Mass and Deacon Craig highly recommends reading it. It was published in November 1999 by the Crown Publishing Group, is 192 pages long, available in hardcover, paperback, on Kindle, and as an audiobook, and can be purchased on-line (through Amazon and E-Bay) and at many stores such as Barnes & Noble and Walmart.

One thought on “Deacon Craig Reaktenwalt, A Servant with Great Strength”