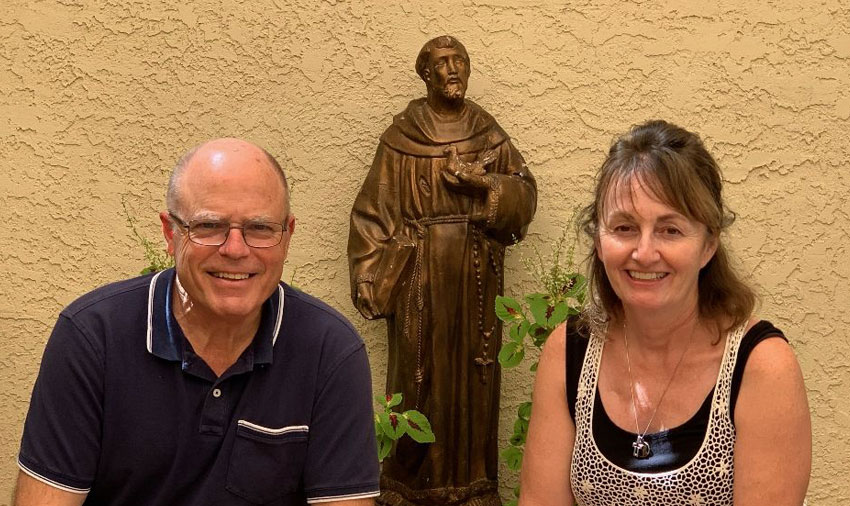 From their beginning, The Society of St. Vincent de Paul (SVdP) has always served the neediest members of the communities in which they operate. Founded in Paris, France, in 1833, the movement to Feed-Clothe-House-Heal quickly spread to America; when 12 years later, the first local organization (called a Conference) was formed in St. Louis, Missouri. They continued to grow in the United States, reaching a small town in the Southwest called Phoenix, in 1946, when the Phoenix Diocesan Council was established. Today, there are 81 local Conferences, over 3,000 members (called Vincentians, or “Vinnies”), as well as over 6,000 regular volunteers, making the Phoenix Diocesan Council one of the largest in the world.

The Conference at St. Elizabeth Seton Parish started in September, of 1982. Since then, our Vinnies have been serving the needy (referred to as Neighbors) in Sun City, Peoria, Glendale, El Mirage, and Surprise, as well as working in conjunction with other Parish Conferences in the area. On October 1st, the leadership of the Conference here will be changing, as current President Mike Ward will be completing his term of office, and Tina Prosenick will be taking the helm. Both Mike and Tina were gracious enough to sit down with “The Family Seton,” to share more about themselves and the upcoming events for SVdP.

“When I joined SVdP about 10 years ago, I was looking for an organization that would allow me to serve others and grow in spirituality,” said Mike Ward. “As I began going on home visits, I soon realized the extreme needs of many of those we were serving. Being a Vincentian also allows me the opportunity to share God’s love, forgiveness, and loving kindness.” said Ward.

Incoming president Tina Prosenick added, “I was new to St. Elizabeth Seton Parish three years ago when Mike Weiser announced that SVdP was looking for some recruits. I didn’t know much about SVdP, so I went to their next meeting. Just the feeling of love, compassion, and comradery of everyone told me this was my calling and where our Lord was working through me.”

As you can imagine, the Covid 19 pandemic has made things more difficult for the Vincentians to serve their Neighbors. Their first priority has been to keep their members (about 35 total) safe while maintaining the level of help they provide. They suspended in-person home visits for the time being, while instead doing contactless delivery of food and personal items to those in need. They have continued to serve meals every week at Santa Teresita in El Mirage, however the meals are pre-packed for pick up rather than being eaten at the facility. In August, they were able to perform 16 Home Visits, as well as distributing 61 cartons of groceries from their food pantry. They also assisted 4 families with rent payments and 6 families with utility bills.

Both Mike and Tina expressed that the work they do would not be possible without the generous donations from our St. Elizabeth Seton Parishioners.

In addition to their monthly Shoebox Collection, there are several other opportunities to either donate or volunteer your time. They will be holding a drive to restock their Food Pantry in early November, and will be collecting turkeys and donations outside of Basha’s Grocery store on Turkey Tuesday, November 23rd. They also will need volunteers to participate in the Adopt-A-Family program for Christmas.