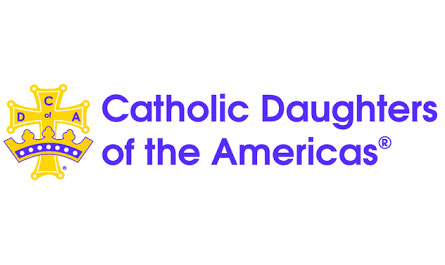 CDA is a national women’s organization, founded in 1903. It has 1150 chapters or “Courts” nationwide, including three at parishes in our local communities: St. Clare of Assisi Parish in Surprise, Our Lady of Lourdes Parish in Sun City West, and St. Clement of Rome Parish in Sun City. Additionally, courts exist in Mexico, Puerto Rico, Guam, Kenya, and Peru. Arizona State Court was instituted in 1958 and local Courts followed.

According to Annette Smith, a past regent of the Court of Madonna at St. Clement Parish, the purpose of the CDA is to participate in religious, charitable, and educational apostolates in our Church. Together at local meetings they pray, learn about current issues in the church, and run fundraisers to support national programs such as Right to Life and Habitat for Humanity. Local charities such as First Way Pregnancy and Valley View Food Bank benefit from CDA funds.

On May 23, 2022, I had the pleasure of attending the Court of Madonna’s Officer and New Member Installation Mass held at St. Clement of Rome. Thirteen new members were added to the Court’s membership. At the meeting that followed, chaired by new Regent Bernadette Labat, plans for future projects were discussed. A June Rosary Rally was soon to occur on June 11th. The Book of Psalms will be highlighted at a Fall meeting. Advent and Lenten retreats are planned. A spaghetti dinner and live auction will be held on September 24. Proceeds from the dinner and other fundraisers will go to the Diocesan seminarians, First Way Pregnancy, Valley View Food Bank, St. Vincent de Paul Society, and others.

Members of the Court at St. Clement come from the three Sun City parishes. For additional information contact Bernadette Labat at 602-565-6429.

Each Court determines its own projects. Among those coming from The Court at St. Clare of Assisi Parish is a year-round ministry for making a shipment to Little Dresses for Africa. It has a Prison Ministry that brings a Communion service to the inmates. Coins 4 Christmas enables support for needy families.

In an article in the Sun City Independent newspaper, May 11, 2022, the Sun City West Court at Our Lady of Lourdes Parish was featured. Members gave an appreciation luncheon for priests and volunteers. One of the photos showed our own Father Kilian as a guest. Like the other courts, the group sponsors fundraisers like a Christmas Cookie Walk, a shred-a-thon, a fashion show, and more. These kinds of activities made it possible for them to distribute $50,000 to charities at the end of the Court’s year.

If interested in the Courts in Sun City West or Surprise, please call that parish office (Our Lady of Lourdes or St. Clare of Assisi, respectively).

The foundation of the Catholic Daughters of America is Spirituality and Service. As described by the national organization, “members share faith, love of God and a distinctly feminine spirituality alluded to by Pope John Paul II when he spoke of the necessity of ‘feminine genius’ in today’s world.” As for Service, members not only fundraise for a cause, but some of the Catholic Daughters wield hammers, nails, and shovels to help their National Project Habitat for Humanity! CDA is happy to share all the talents of the Courts. 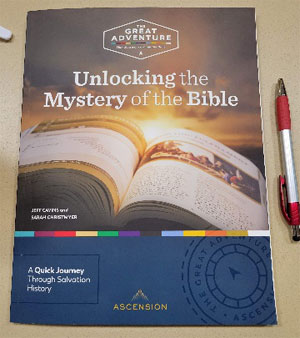 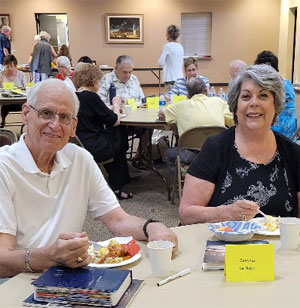 A brunch to celebrate the ending of the St Elizabeth Seton’s spring Bible study was held on June 14, 2022. For eight weeks more than 50 participants were “Unlocking the Mystery of the Bible” with the assistance of Ascension Press videos and workbooks plus our facilitator Deacon Jeff Arner. Comments heard included: “I never understood that before,” and “It’s fascinating how the Old and New Testaments work together,” or “It’s amazing how much we are like some of these Biblical folks.”

We study; we meet; we pray; we watch; we discuss, and even laugh a lot. It is a wonderful experience sharing God’s Word with fellow Catholics.

Consider yourself invited to the next Bible Study that begins on August 18, 2022. The study is called “What We Believe: The Beauty of the Catholic Faith,” from Ascension Press. The beauty and richness of the Catholic Church will be on display. What do Catholics believe and what does it mean to be Catholic are two major areas explored. Watch the Bulletin for details or contact Deacon Jeff, at jarner@sescc.org for more information

Life is a journey. Come travel with us. 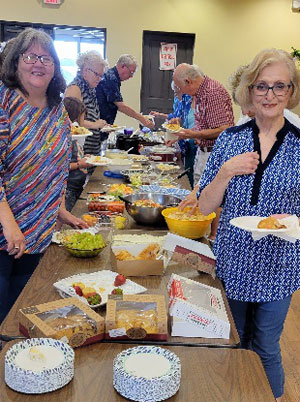 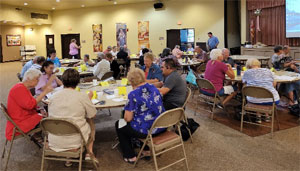 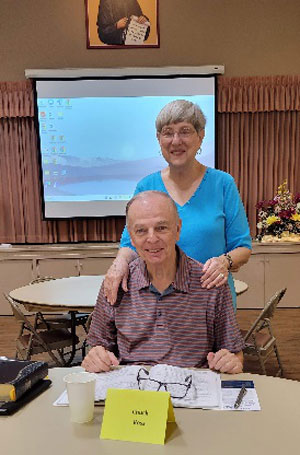