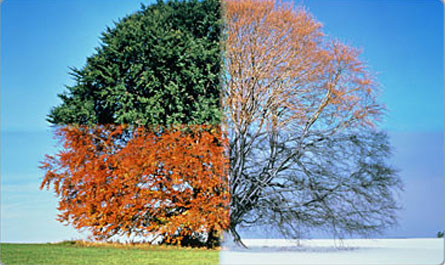 Introductions Are In Order

Welcome to this new regular column for “The Family Seton”. Permit me to introduce myself. I’m Steve Raml, Director of Liturgy & Music for St. Elizabeth Seton. As you read in our first issue last year, I replaced my good friend Mike Wieser when he retired last July.

I’ve been involved in Liturgy and Music almost all my life, adding my guitar to a “folk group” started by a nun when I was in 6th grade and eventually leading that group by high school. My formation in Liturgy began during my years in a seminary and continued with summer classes even after I left the seminary and enjoyed a 25-year career in Television and Radio broadcasting.

As I moved around the country with my favorite flautist (my wife Teri), I would tell people that I made my living at the broadcast studio, but I felt I truly LIVED when preparing for and participating in Mass. We moved to the Phoenix area in 2003 and I became the Associate Director of the Office of Worship for the Diocese, and later Director of Liturgy & Music at nearby St. Thomas More, where I spent 16 great years.

One year into our time here at St. Elizabeth Seton, Teri and I have been blest by how welcoming the parish has been, not only to us, but also to the many people who have joined us from our former parish. We continue to build upon the foundation of those who came before us and look forward to many more years praying and celebrating with you.

I plan to use this column exploring the many aspects of the Mass and our celebration of this communal prayer.

Our Days Are Numbered

I’d like to begin with a look at how our Church year is structured. You know the terms: “Advent”, “Christmas”, Lent” and “Easter”. But we are now in the midst of the church calendar called “Ordinary Time”, which will continue through November. However, I hasten to point out that there’s nothing “ordinary” about it!

Although it makes up a large portion of our liturgical year, we may have some misunderstandings of Ordinary Time. I think this is mainly because of our many definitions of the English word “ordinary.” We tend to think of it as “mundane”, “everyday”, “just the usual” or “hum-drum”.

The Latin phrase for Ordinary Time, tempus ordinarri is more precisely translated as “Ordinal Time” — time that is counted; in other words: “numbered days”. Some of you may have learned your “Ordinal Numbers” in grade school math class, numbers that followed one after another in sequence, as in “first” “second” “third” etc.

There’s really nothing unusual about this counting. There’s no great spiritual benefit to knowing that a certain day is the 16th Sunday in Ordinary Time. It’s simply a way of marking our time, a way of keeping in order the Scriptures in the lectionary, the psalms in the psalter, and the prayers in the Sacramentary.

Each section ties together the whole liturgical year with readings and prayers that highlight different scriptural themes. Winter Ordinary Time continues the images of light that Christmas introduced with Gospels that focus on the call of the disciples and Jesus’ early ministry. During Summer Ordinary Time, we’ll often hear Gospel parables of farming and harvesting and other readings that form us in faith. Fall Ordinary Time brings us a set of readings that focus on Christ’s coming again in glory, which leads us into Advent’s time of waiting.

The liturgical color for all of Ordinary Time is green, which we see mostly in the vestments the priest wears as he presides at Mass. Green is a color that evokes the growth of grass and leaves on a tree. That is a good way to look at the purpose of Ordinary Time: growth. We grow in our faith, formed by the prayers, readings and music of this time.

As Christians, we number the days until Christ returns in glory; a point at which time as we know it will cease, the dawn of a new day, a new time — a time when the darkness of night will never fall and the light of day will be eternal — the eighth day of the week, a day that is forever.

A Prayer for the Ordinary

Thank you for Ordinary, for sunny days and drops of rain to refresh our land. Thank you for relaxing days and summer pleasure. Thank you for ordinary days of healthy fun to swim, bike, exercise, and recreate. Thank you, God for soft sand and vibrant green trees that shade and provide food. For plants that abound in color, and for colorful rainbows after heavy downpours.
Yes Lord, thank you for the ordinary.