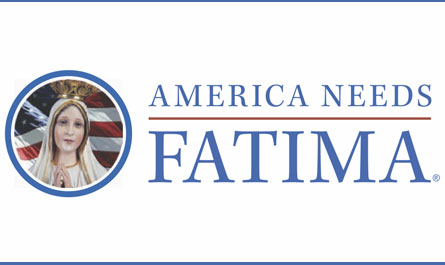 America Needs Fatima is a campaign to capture the heart and soul of America with the message of Our Lady of Fatima. This is done by the home visitation program, in which a statue of Our Lady visits thousands of private homes yearly.

In October, The Milanese family hosted a visit in their home, to do their part in promoting the response to the message received during the Fatima apparitions.

In 1916, during World War II, an angel appeared to three children at Fatima, Portugal. Later on, in May of 1917, Our Lady appeared to them the first of six times in Fatima. Initially, the three children, Lucia, age ten, Francisco, age nine, and Jacinta, age seven, were met with disbelief and scorn when they told their parents and then the clergy of the apparitions. They were imprisoned and beaten, but steadfastly insisted the apparitions had occurred. As each new apparition came, word spread and more and more people came to believe. At the sixth apparition on October 13, 1917, about 70,000 people assembled and witnessed what happened that day. While only the three children saw and heard Our Lady, the crowd witnessed the skies turn from a down pour of rain to bright unnatural light. The sun danced and became bright, but did not hurt the eyes, and everyone’s clothing that had been drenched from the rain became dry. In October 1930, the Vatican, under direction of Pope Pius XI, issued a Pastoral letter validating the apparitions and officially permitting the devotion to Our Lady of Fatima.

To those who did not understand, Fatima was simply the story of Our Lady’s apparition to the children, but it is more. At the time, the world was involved in a terrible world war. Catholicism was under severe attack and communism on the rise as they outlawed religion, exiled, imprisoned and executed clergy, and destroyed churches. Part of the message of Fatima was the need to counter these movements and save the church. While the apparitions at Fatima took place in 1916 and 1917, Lucy, who became a nun, continued to pass on messages from Our Lady for years after until her death in 2005.

At Mary’s first appearance, the children saw a terrible vision of hell and were told that God wishes to establish a devotion to the Immaculate Heart of Mary. They were told that World War I would end but if we did not stop offending God, another even worse war, World War II, would begin during the reign of Pius XI. Mary asked for the consecration of Russia and Communion of Reparation on the first Saturday of each month. If these things happened, Russia would be converted and there would be peace. If not, the terrors would spread, promoting wars and persecution of the church, the good would be martyred, and the Holy Father would suffer. Ultimately, however, her immaculate heart would triumph.

Our Lady told the Children that God gave two remedies to the world. They are the Holy Rosary and Devotion to the Immaculate Heart of Mary.

Part of the Fatima message was to encourage all Catholics to pray the rosary every day. The America Needs Fatima’s campaign encourages us to strengthen our faith and to encourage others by our examples as good Christians. As Pope Francis said, “Advent invites us to a commitment to vigilance, expanding our mind in order to open ourselves up to the needs of people, of brothers and sisters, and to the desire of a new world.” 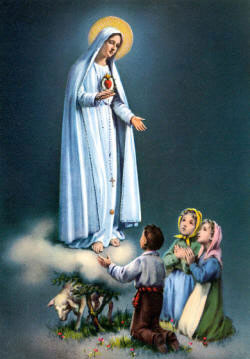 Devotion to Our Lady at St. Elizabeth Seton

At St. Elizabeth Seton we honor the devotion to the Immaculate Heart of Mary on the First Saturday of Every Month starting at 8:45 am.

The Devotion to the Immaculate Heart of Mary consists of:

While the first two parts are on your own, the devotion here at St. Elizabeth Seton consists of a 30+-minute joining of prayers, psalms, the reciting of the rosary, along with songs of adoration to Mary. At the end, an opportunity to meditate on the mysteries for 15 minutes is available in church by the statue of Our Lady.