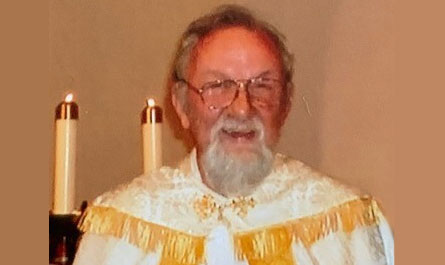 The Parish of St. Elizabeth Seton, Sun City, and the Diocese of Phoenix, mourns the loss of Deacon George Koch, 86, who passed away on October 1st and was laid to rest on Tuesday, October 26, 2021. Deacon George lay in state at St. Elizabeth parish during the visitation and rosary prior to the Mass of Christian Burial which took place at 10:30 AM. The Mass was concelebrated by Fr. Kilian McCaffrey (pastor and principal celebrant) and Fr. William Greco, along with several deacon brothers from the diocese.

George was a devout Catholic who entered the seminary in New York City after years of working as an accountant. Koch was ordained a deacon in St. Patrick’s Cathedral in New York, New York, in 1982. He served in Valhalla, New York, taking an active role in youth ministries and the Parish Council. Together with his wife Mary of over 58 years, they adopted three children: Theresa, John, and Michael. After the untimely passing of their daughter Teri, George & Mary welcomed their grandson Christopher into their home and raised him as their own child. Deacon George and his wife Mary moved to Sun City, Arizona, in 1993 and settled in Surprise. After Mary’s death, grandson Christopher continued to reside with George in Surprise, Arizona, and was instrumental in his care and wellbeing.

Throughout his 39 years of diaconal service, Deacon George was known for his kindness, especially to the homeless and those in need, and for his constant prayer to preserve life. Serving proudly in the United States Air Force during the early 1950’s, Deacon George was interned at the National Memorial Cemetery of Arizona.

May he rest in peace. 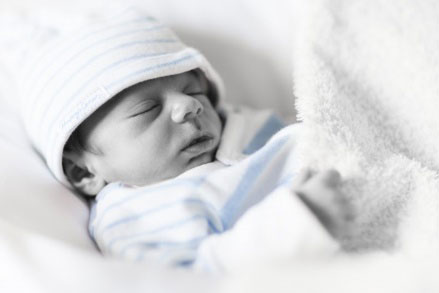 The Knights of Columbus peacefully pray for the conversion of hearts and minds of the expectant mothers, as well as the doctors and nurses involved, outside of the Planned Parenthood abortion facility in Glendale; 5771 Eugie Street, (near 59th & Thunderbird). They begin at 9:30 am, with a decade of the rosary; and pray a decade every 30 minutes until noon. You can stay for the whole vigil or come and go as your schedule will allow.